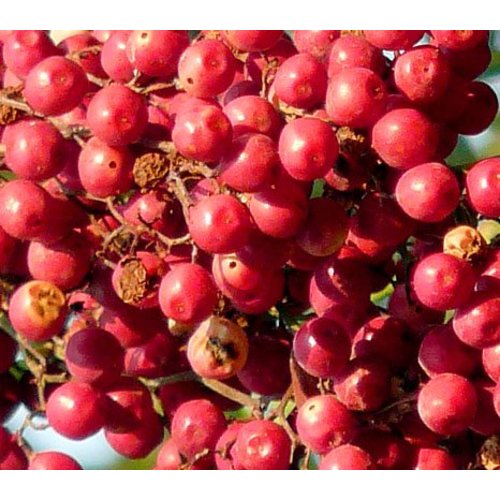 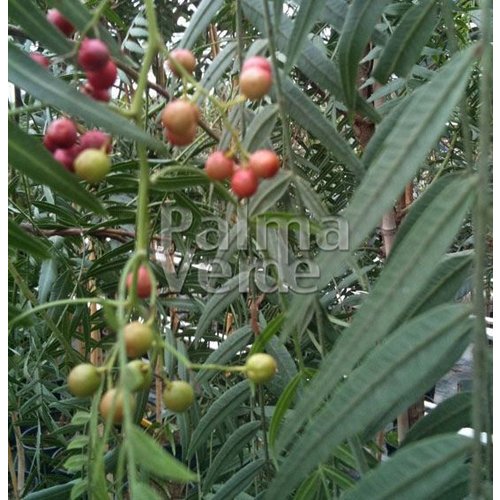 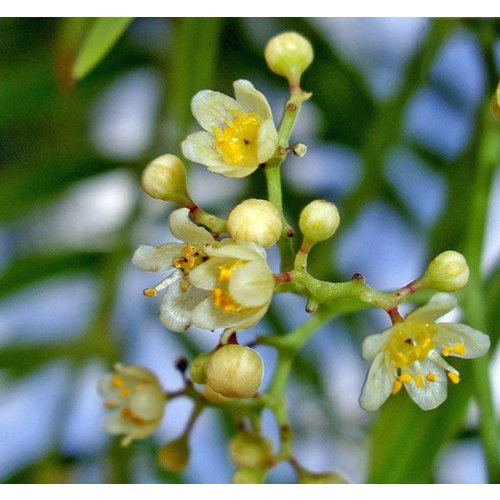 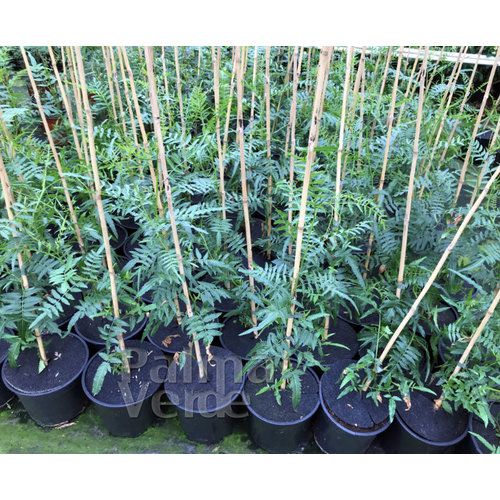 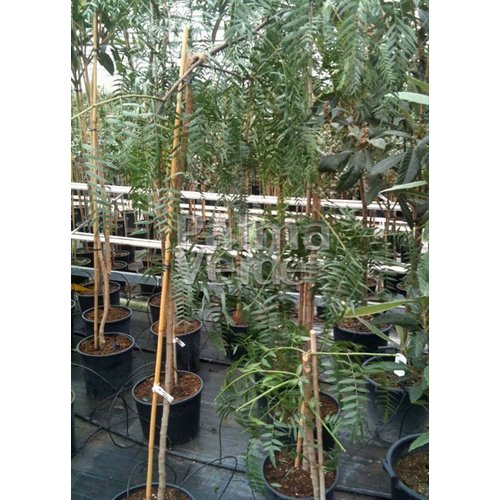 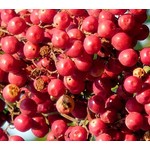 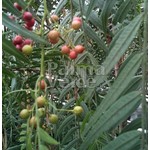 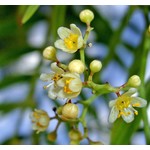 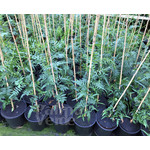 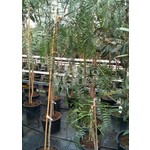 Schinus molle is also called Peruvian pepper tree and is found in many South American countries, including mainly Chile and Peru.
The leaves of the pepper tree are feathered and elongated. The plant is evergreen in the winter.
In April / May, the Schinus flower blooms with strongly scented cream-colored flowers that sit together in bunches.
After flowering, the pepper tree starts to produce fruit that hangs together in bunches and has a diameter of approximately 5-10 mm.

If the striking fruits / berries are colored red, they can be used as a substitute for pepper.
In addition, wine and vinegar are also made in Peru. But the fruits for medicinal use are also used.
The Schinus molle also occurs in Mediterranean countries and drought tolerant.
This must be kept with us as a container plant and loves a lot of sun.
This plant has a high ornamental value and an exotic appearance, is perfect as a tub plant.

Yes! This is the product I want
Sorts: Eetbare tuin-edible garden
0 Review(s)
€18,95
We use a cookie on our website that is only necessary for processing your order. Hide this message More on cookies »