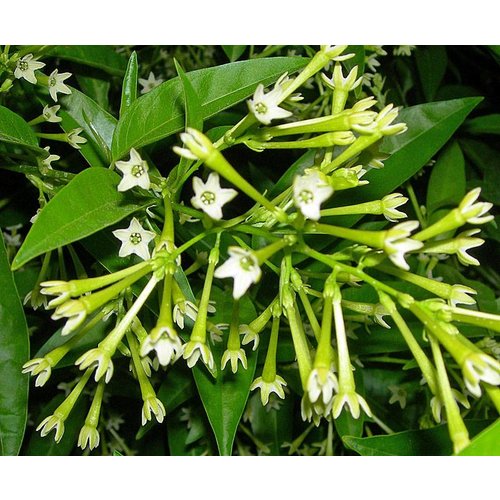 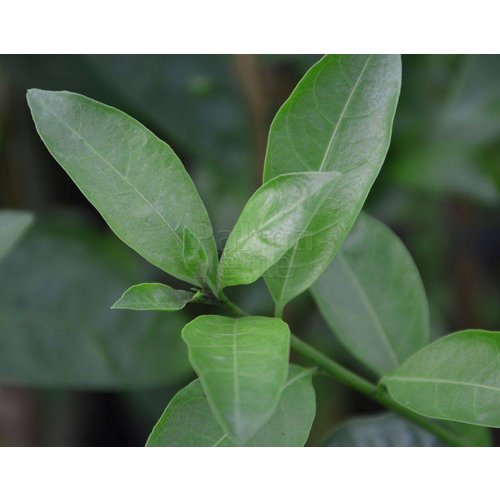 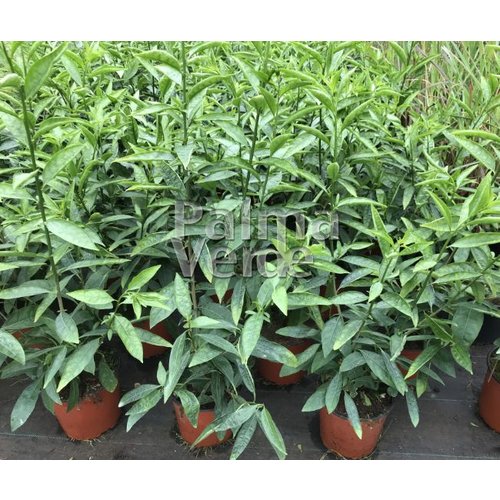 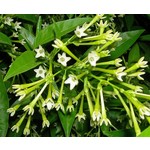 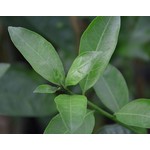 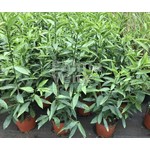 Cestrum nocturnum also called Raat ki Rani, is a evergreen shrub-shaped tubplant if it is overwintered above 15 degrees. This plant was discovered in West India in late 1800.
However, the plant is widely spread and occurs in tropical or subtropical areas of Australia, New Zealand, South China, South Africa and the southern states of the United States.

The leaves are narrow and elongated shiny fresh green in color.
The plant has white / green flowers that are tubular and grow in a cluster. The flowers open at night and spread a powerful sweet perfume, a truly heavenly scent.
Also during the day you smell the plant, but especially from the evening when it's twilight and during the night the Cestrum nocturnum smells very strong and it's a delight on your terrace.
The flowering period is from late April until the end of September.

This subtropical night blooming plant is very special and easy to maintain. From spring, when the weather is warm and summer, the soil may be slightly moist to moist.
In the spring and summer, two weekly meals may also be given.
A place half shadow or in the full sun is fine.

If the Cestrum nocturnum becomes too large then you can prune it in early spring or during winter rest.
The plant is not hardy. If the plant overwinters coolly than retardant water, the plant just does not dry out. The plants we deliver after the winter have ugly leaves until May, then it falls off the plant and they immediately get new fresh leaves. If at room temperature or in a conservatory than light damp.
Winter hardness zone 10a (+ 0ºC).

Yes! This is the product I want
Sorts: Bloemen-flowers
9 Review(s)
€17,95
We use a cookie on our website that is only necessary for processing your order. Hide this message More on cookies »